Crappie fishing is often overshadowed by the state’s reputation for trophy largemouth bass fishing. However, never let that stop you from planning a trip to catch a mess of tasty slabs.

Florida is consistently at the top crappie states in the nation, due in large part to its abundance of lakes and rivers, as well as warm seasonal weather.

This article will share how to catch crappie in Florida and where the seven best places to go fishing are in Fl.

About Speckled Perch fishing in Florida

Crappies are found everywhere in Florida. Crappie can sometimes be called speck. Also, they have been called perch and sometimes called speckled perch. While crappies are often found around fallen trees, they are also well adapted for aquatic habitat, which Florida lake has abundantly.

Crappies spawn during winter in Florida. The same week varies according to the region in which the county you are fishing. It could be as early as January in the southern part, while in Tallassee, Crappie spawns in March near the border.

They are so acceptable to be caught that they usually school in larger groups in shallower waters then go near the bank or shallow bottom to spawn. An excellent chance for anglers to catch them! 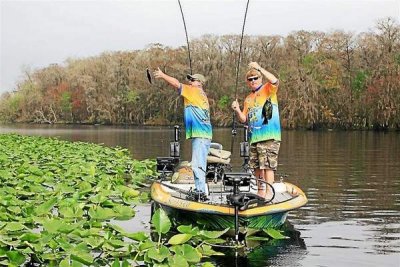 Top speckled perch crappie lakes in Florida were the most common popular panfish before introducing Cichlids species. Even though Florida crappies are caught year-round, they’re really at their peak between the end of the summer and early spring.

Great time to bring family and friends to enjoy the most affordable fishing for Crappie in Florida. Florida was once known as the Speckled Perch Capital of the world. This vast state and all the lakes have abundant crappie-producing slab-sized crappies. While states like Texas and others also have great fishing for crappies, Florida has the most variety of fishing styles. Let’s talk about some of the prime areas!

Look no further than the state capital for an excellent crappie experience in a beautiful setting. Lake Talquin is the regional favorite here, and it’s where a state record crappie weighs in at a whopping 3.83 pounds.

Rolling hills, moss-draped oak trees, and a slow pace make the Tallahassee area admired by many. Other famous lakes for crappie include Lake Miccosukee, Lake Seminole, and Lake Jackson.

The north region is an excellent destination for striped bass, catfish, and crappie in the area, especially near the dam. In addition, the Ochlockonee river offers excellent fishing opportunities for all the above!

If you are familiar with Crappie USA events and other large crappie tournament circuits, you’ve likely heard of Palatka, FL. Situated on the St. Johns River, this historic town offers river fishing and access to a chain of lakes that are known to produce big specks.

Speck is the term locals often use to refer to Black Crappie in Florida.

The mighty St. Johns River is the lifeline to this area and makes for a beautiful setting to fish for crappie with no shortage of fish camps and rentals.

For years now, Lake Marian – Osceola County has been known for its crappie populations and crappie size. Anglers usually catch crappie trawling minnows off of Whiskey Point. Jig fishing is excellent on nearby native vegetation, shrubs, and flower beds while the crappie spawns. Most crappies that have been from Marian are more than 10 inches long. 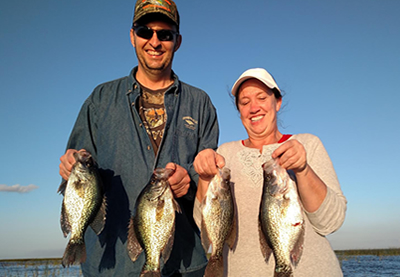 Lake Okeechobee is so giant it made our list twice. First, the small hometown of Okeechobee City is situated in the North part of the lake. It offers a distinctly different atmosphere and environment than the south end of the lake.

It is not uncommon for anglers to get their per-person bag limit of crappie and then transition to largemouth bass or bluegill fishing. So you’d be hard-pressed to find an article about fishing for Crappie in Florida that doesn’t mention The Big O.

Okeechobee has always featured trophy largemouth bass, and Trophy Catch submissions by bass anglers prove that. In addition, the crappie numbers are often recognized nationally and internationally as the most popular tourist attractions. As a result, Okeechobee is among the best waters to qualify for qualifying submission during the nine completed Trophy Catch seasons.

Clewiston is a small town on the world-famous Okeechobee lake situated on the southwest banks. Here you’ll find the Jolly Rogers Marina and no shortage of experienced black crappie anglers going fishing.

The Big lake supports a robust commercial and recreational fishery. The lake has a shallow average depth of 8 feet. Fishing for crappie is commonly in the weeds, channels, or rivers. Bait of choice is small jigs and Missouri minnows.

If you’ve never been, do yourself a favor and check it out! 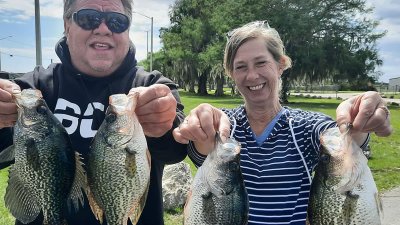 Just a stone’s throw away from Orlando and the Spacecoast, this river town is known for Lake Monroe and Lake Jessup. Both lakes are within the Upper St. Johns River system, which offers spectacular scenery.

When planning your trip, pay special attention to water levels- low water levels on the river can concentrate fish and make for phenomenal fishing. Lake Monroe has been a staple black crappie lake for years!

Polk County host, the city of Lakeland, is situated roughly between Orlando and Tampa Bay off I-4. As its namesake suggests, there are plenty of lakes to choose from in this area ranging from small ponds to 2,000+ acres lakes.

Check out the Tenoroc Fish Management Area for a unique spin on fishing for crappie. It’s a series of reclaimed phosphate pits managed and stocked by the state for 20+ years.

On the heels of Disney World and other central Florida attractions lies the historic cattle town of Kissimmee, Florida. The Kissimmee river flows through this area, and the chain of lakes along its path are known as Prairie lakes.

Why Fish for Florida Panfish and Crappie

The article is primarily about Florida fish and crappie species. Both crappie fish offer anglers a great sport with light tackle with great food! In addition, freshwater panfish is very popular around the country. The Florida panfish population includes several different species.

Next to crappie, the bluegill, warmouths, and redear are most popular. In recent years many other types of cichlids have become very popular. The crappie is the most populous panfish, and perhaps it’s favorite. All panfish varieties are delicious. In South Florida, the Oscars and Mayan cichlids have become popular with anglers that target crappie because they are tasty panfish. 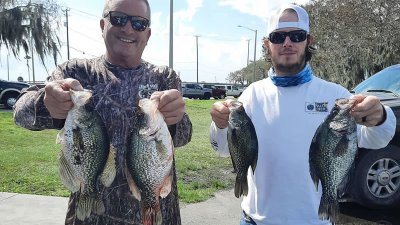 How to Catch Florida Panfish?

Speck anglers who are fishing will usually use floats at least two feet above the water surface. The rig will be fished towards the weed line, over submerged vegetation, and may also be close to an underwater tree stump. In the summer months, your fish without a float and fish deeper, which could consist of 6 to 15 feet of water.

The bait should remain in the water while it’s waited for some time so the fish can see it. The slackline is tightened when the float disappears until the hook is firmly in the fish’s mouth. Artificial lures and flies also can be thrown in similar locations. During your preparation, be sure to research the correct types of fishing hooks, this will land you additional fish. Generally, panfishing is a slow, steady, and efficient retrieval process no matter the lure or bait.

Most anglers target crappie with small baitfish. So known as Missouri minnows or baits that resemble them are ideal for the future. Live minnow is a typical breed used for Florida crappies as live bait, most often for commercial use.

These are available for fishing in shallower waters on rigs deep below the surface. We love using jigs to catch crappy. Whether vertically cast or trolling a waterway, it is a versatile bait to use. The 1/8 ounce jig works perfectly. Chartreuse is a color of high intensity on dark-colored waters. However, the crappie lies near the river’s edge in cleaner water during the spawn seasons, so white, silver, and other natural colors will work.

Fishing for all Florida Panfish

Fishing for panfish is easy for most Florida anglers and most anglers in general. Many people grab an 18-foot cane pole with a light line. A certain kind of bait such as worms, Missouri minnow, or crickets is expected, and they head to the fish hole. These types of fishermen have a great relaxation and are still very effective today.

While cane poles can be helpful, spinning tackles can be more versatile. Spinning rods give anglers a reasonable distance for casting very light baits an