Destin Cobia Fishing Charters is located in Destin Florida . We specialize in Cobia fishing and the best bay fishing and off the coast of the gulf coast. The Destin area is considered the Gulf of Mexico, also called Destin Harbor which connects to Choctawhatchee Bay and continues up and down the Santa Rosa Sound. Destin Cobia Fishing Charters is Florida's largest family owned friendly charter service based in Florida and can tailor a trip for your needs weather you are an old salty angler or a first timer just looking to bend a rod on your Destin getaway vacation.

The Cobia is a migrating fish that begins its movement in south Florida, then each year between the months of March and June. They split the herd, half swimming north in the Atlantic and the other half up the gulf coast heading to coast of Florida, Alabama and Louisiana to spawn. They then go back to where they began the journey down in south Florida during the fall. The Cobia caught out of Destin average about 30 lbs with some of the big females getting up over 100 lbs, some of the biggest Cobia fishing in the world have been caught out of Destin during the spring migration.

With a fluffy type white meat that finds it way to the grill, the cobia is worth the time and effort spent fishing for them. Unlike most fish caught in the Gulf the Cobia is caught with 30 lb test spinning tackle by sight fishing with jigs, lures, live eels and other live baits. Cobia a fish that every avid angler should put on his or hers bucket list.

The Cobia is a migrating fish that begins its movement in south Florida, then each year between the months of March and June. They split the herd, half swimming north in the Atlantic and the other half up the gulf coast heading to coast of Florida, Alabama and Louisiana to spawn. They then go back to where they began the journey down in south Florida during the fall. The Cobia caught out of Destin average about 30 lbs with some of the big females getting up over 100 lbs, some of the biggest Cobia fishing in the world have been caught out of Destin during the spring migration.

With a fluffy type white meat that finds it way to the grill, the cobia is worth the time and effort spent fishing for them. Unlike most fish caught in the Gulf the Cobia is caught with 30 lb test spinning tackle by sight fishing with jigs, lures, live eels and other live baits. Cobia a fish that every avid angler should put on his or hers bucket list.

Destin
Friday, June 22, 2018
★★★★★
“ GREAT trip. Cap’n put us on the snapper and we caught our limit of 12 in a half day trip! First Mate was for real, working his butt off keeping lines tight and baited. We caught our share of vermillion snapper and even a Atlantic Sharpnose. Which we have just grilled and inhaled. All in all a perfect trip, will do it again.”
- Robert Osborn

Destin
Saturday, June 16, 2018
★★★★★
“ We booked a 1/2 day trip with iOutdoor through the website, easy, quick and ended up being the right thing to do. The guys put us on the fish right away and had us reeling in fish consistently. Overall a great day experience, this was our first time. The boat and equipment were great, we will be booking again on our next trip.”
- Jennie W
>>Read All our Reviews>>

If you don't see the email confirmation in your Inbox, check your Spam or Junk Mail folder. You should also try performing a search in your email account for the phrase: iOutdoor.com. If you still can't find the email, contact us +1 (888) 412-1117 and we will resend the confirmation.

Our charter boats are labeled with iOutdoor logos, you will also have the captain's cell phone on your itinerary if you can't find the boat. You will always generally want to meet down by the boat ramps unless otherwise told by captain.

It depends on the customer and type of charter. If passengers wish to take a break, we can stop at scenic areas to stop take pictures, use restrooms or get a bite to eat when available. The charter time is yours, you book for 6 hours and want to fish for three hours and sightsee for 3 hours, that's okay with us. We do ask that you communicate that with the captain, they are fishing captains and focused on catching you fish, so that's what they do unless you advise otherwise.

In Florida it is not uncommon for it to rain on one side of the street and not the other...really. Also can down poor and 10 minutes later be beautiful outside. When it comes to weather reports, no one is more predictable than your captain. He has radar and every weather app made as they deal with this all the time. DON'T follow the local weather as the true forecast. Your captain will make the call with your safety in mind, remember if the charter is cancelled due to whether there is no charge.
What time do we return from the fishing charter?iOutdoor2018-05-29T09:07:02+00:00

No, we do not offer courtesy pick-up and drop-off service from hotels as we are pulling the boats and most places we can not turn around. It's most convenient to use Uber or Lyft car service.

In layers is best, but fishing is casual. A sundress for ladies with bikini underneath is not uncommon. Khaki shorts for guys is as dressed up as anyone ever gets, long pants work if you're not use to the sun. In the same vein, there are no “styles.” Get comfortable with whatever dress code is norm. But always try to wear light colors as they are cooler.

Some do, all the inshore and freshwater charters DO NOT have air condition. Some of these boats do have T-tops or cover, others have no cover. Many of Offshore sportfishing deepsea charters do have air conditioning, although not all. So it's important to ask prior to your departure.

No, our office is not open to the public. It is strictly a call center, our aim is to give you the best possible prices so it helps. We don't have an expensive office, so we can pass on these savings to you. However, we are available (7 days a week) from 7:00 AM to 8:00 PM to discuss your fishing charter. To speak with us, call our Reservation department at (954) 771-3682! Or you can complete our email form and one of our representatives will contact you.

Most likely, but if they don't have our contact please connect them with us and we will get them involved for your convenience. Space is almost always limited, therefore, we have a limited amount of last minute charters. You can call us from your hotel +1 (954) 771-3682 , but your hotel will need to make a deposit for a reservation for you.

The two main languages that are spoken are English and Spanish. But it's not uncommon to use translators which captains have on cell phones!

COBIA:Cobia is a main focus here in Destin, FL especially during the peak season. Use this chart and calendar to determine the best time to come explore and fish for them! 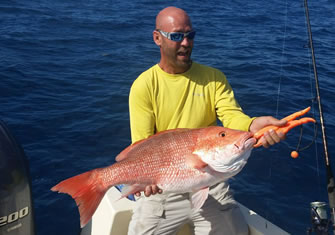 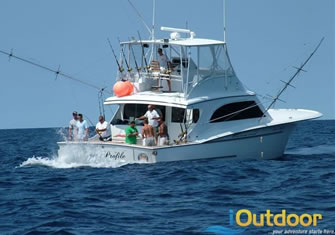 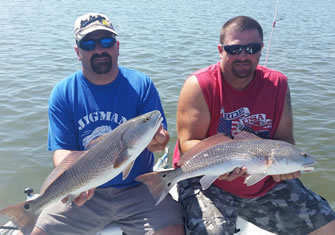