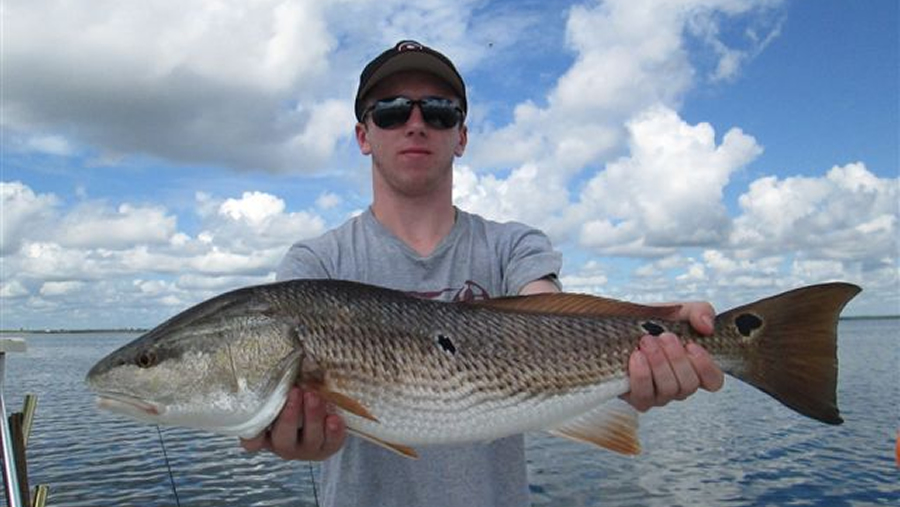 OUTDOOR THINGS TO DO IN GULFPORT MS

Have you ever wondered “what can I experience in the outdoors in Gulfport?” On the top of the Things to do in Gulfport MS, you will discover all that Gulfport, MS has to offer. This means exploring out of your comfort zone or the sandy beaches. Whether you are traveling here for business, family or vacation, getting outdoors is a must in Gulfport. A Gulfport Fishing Charter is one of the BEST ways to do so!

A Gulfport fishing charter offers the opportunity to land the legendary Redfish and local favorite. But Gulfport charters are offered both inshore and offshore. While Gulfport and its sister town of Gulfport both took a massive blow by Hurricane Katrina in 2005, fishing in Gulfport MS has kept all its top traits. Many anglers and professional Gulfport fishing charters call the city their home, the local tourism and casinos bring eager anglers from all other the world. When fishing in Gulfport MS, it’s done around marshes, lakes, creeks, and runoffs. The fun is what’s driven everyone to vote fishing as one of the Top Outdoor Things to do in Gulfport MS. There is also exciting offshore fishing within a reach of a day trip, schedule a Gulfport fishing charter and let your vacation start off with a bang, we guarantee you will be hooked!

The city of Gulfport is at the heart of the ‘fertile fisheries crescent’. The local charters have access to one of the best fishing areas in the entire Gulf do to the local where Gulfport MS is located. The area has a plethora of fish in the local waters, and witness stunning wildlife by the numerous bodies of lakes and rivers.

Many know Gulfport MS as a casino town, and it’s for its great beaches and endless amounts of events. But, without a douth, it’s the area’s fishing that really keeps the area on the map. Year-round angling action takes place on inshore and offshore waters. To get the most out of it, hire one of the charters, and soon you’ll be enjoying the Mississippi’s Gulf Coast waters.

Gulfport’s revamped waterfront area facing the mainland is only part of the deal. Fishing charters in Gulfport MS are available for Inshore fishing and Offshore fishing which are as equally superb. Offshore or deep-sea fishing board one of the boats bound for barrier islands and the many oil rigs. On full-day trips, you can fish shipwrecks and target fish like Cobia, Red Snapper, Grouper, King Mackerel, and Sharks. Also, seasonally can catch Yellowfin Tuna and Marlins that come close to the oil rigs. On shorter trips, stay closer to shore can yield Spanish and King Mackerel, Bonito, and Jack Crevalle.

The thriving inshore fishing in Gulfport MS can’t be easily matched. Redfish and Trout come close to the shores, and provide great fights and produce amazing results. Always, for best results hire a charter that offers experience and a good section of charters to fit your needs!

All anglers who go fishing for Snappers, Groupers, Triggerfish, and Amberjacks, need to have and use non-stainless steel circle hooks when using natural baits.

Fishing Charters Gulfport MS offer a lot of water options. We commonly use trolling, bottom fishing, light or heavy tackle, jigging, and more.
If bottom fishing, we use heavy tackle for Red Snapper. These red beauties live and love hanging around underwater structures. You can catch them only in deeper water, which in many cases is in Federal waters and have a very specific season to when they can be caught and harvested. You can catch them on cut fish, so most of the bait is cut fresh onboard the vessel. Artificial reefs are one of the favorite places for Red, Mangrove and Vermillion Snapper to hangout.

Inshore fishing, you can catch plenty of Redfish, using shrimp, blue crabs, and topwater lures. Trout can be caught year-round, but peak in spring and fall.

When fishing for Kings, trolling is a great method. As they move around the Gulf, you can find them at various latitudes, offshore and shoal waters alike. When targeting their Spanish relatives, use fast-moving silvery lures, but watch out for those razor-sharp teeth when removing them from the hook.

Feisty, Cobia, locally called ‘lemonfish’, flock around buoys and anchored vessels. We use small catfish and white mullet as live bait, but we can also jig and see if Cobia will chase it. Catch hard-fighting Amberjacks with a line testing 50 +lb tackle. If you would prefer to try catching them on light tackle or fly, were happy to accommodate as well. 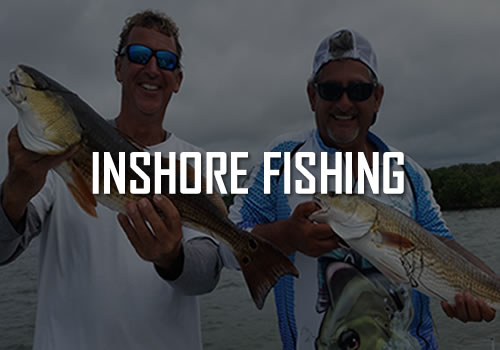 Discover WORLD CLASS Inshore Fishing in Gulfport for Redfish, Trout and many more with your family or friends while enjoing the area casinos and beaches… 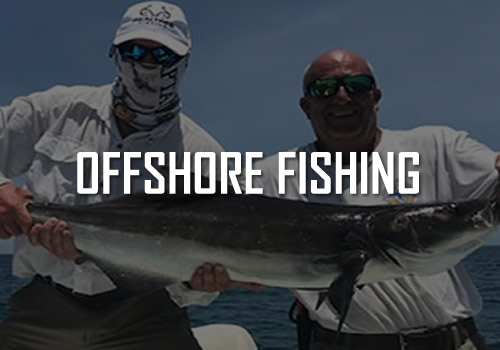 Take a break from the beaches and casionos, adventure Offshore or Deep Sea fishing within miles from shore to some of the great local waters for Cobia…

Gulfport
Tuesday, July 7, 2020
★★★★★
“ My 13-year old nephew and his grandpa had a fantastic time on their fishing trip! They caught some really large Redfish and the boat/equipment was top of the line! The customer service of this company is great...highly recommend!”
- Anissl

Gulfport
Wednesday, June 17, 2020
★★★★★
“ Jared and Noah are amazing!! They were extremely patient with the 3 kiddos on the boat and helped them reel in some pretty big fish. They were encouraging and answered all their questions. As a first timer, it was quite a site to see them in action! We hit our limit of 12 on a noon charter. Would definitely recommend them and look forward to doing another next year.”
- Mary Beth

Gulfport
Monday, June 1, 2020
★★★★★
“ We booked a morning trip on June 1st for 6 people and caught our limit of Snapper! Capt Mark were awesome, as they are serious about providing a great experience. We had 3 children age 7-10 and the crew was patient and made it a fun time for the kids! This fishing adventure was everything thing we we're hoping for!”
- Abbie B

TRAVEL PARTNERS WITH TRUST IN OUR SERVICE: 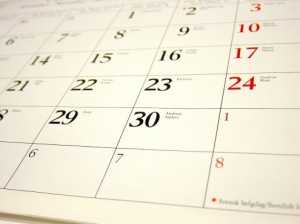 iOutdoor fishing calendar has all the information you will need to see what is biting and when! See what type of fish you will be reeling into the boat while you are traveling to Gulfport. If you need further information about when to travel and catch a species of your dreams, it’s right here… Read more

Species: You can either explore the deep blue waters for Cobia, Shark, Amberjack, Kingfish, Grouper or Snapper or discover the inshore waters for Trout and Redfish.

We want your fishing adventure to be the best possible. Check out what is going on in the Gulfport, MS area for TOP Restaurants, Hotels, Bait and Tackle Shops, Marina…Read more… 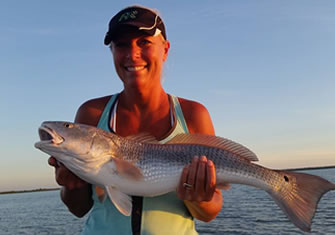 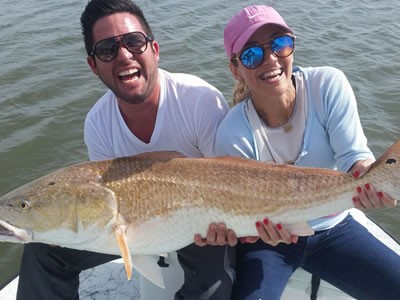 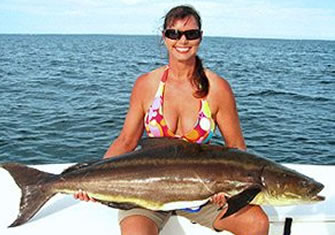 Call us at +1 (888) 412-1117 and let’s start planning your next Gulfport Fishing Charters!
For additional Gulfport information be sure to go to Visit Gulfport MS.