Sailfish, Marlin and Shark all for Catch and Release!

Sailfish, Marlin and Shark all for Catch and Release! 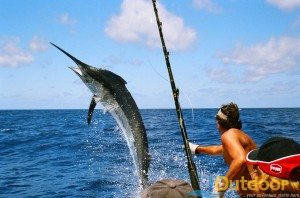 There is always the great debate between “catch and release” and “catch and kill”. For the proponents of catch and kill, they may ask: why release an injured fish back into the water when it will die anyway or why catch a fish at all if it you don’t get to keep it and serve it at the dinner table? Although the idea of a catch and release is not acceptable to many anglers, the practice could also be a good idea.

Catch and release is a recreational fishing practice of releasing a captured fish back into the water. The idea is to release the fish before its scale, skin and slime layers gets damaged, and before it suffers grave injury or exhaustion. Anglers would normally use bar-bless hooks to increase the fish’s survival, allowing it to be released without lifting it from the water.

Majority of the advocates of catch and release have ecological conservation in mind. For them, keeping a kill not for the need to survive but for sheer recreation is an abnormality in natural evolution. Releasing a prize catch back into the wild is the best thing any angler could do especially when it concerns fish species with dwindling population. Although there are many who doubt the survival of a captured-and-released fish, they have extremely high survival rates between 95% and 97%.

The conservation practice of catch and release will prevent the over-harvesting of fish that could gravely affect the marine food web chain. It will ensure a sustained population of fish species to safeguard the future of sports angling. Besides, most anglers would want to catch that large fish, but let’s face it, all of them are not that tasty. So, instead of enduring its taste on the table, why not throw it back into the water instead?