Kite Fishing in the Sunshine State

Kite Fishing in the Sunshine State 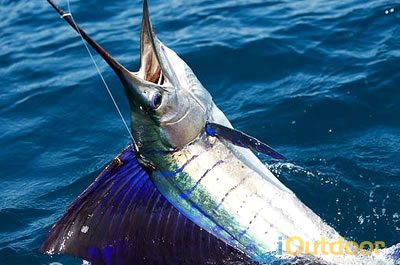 Sailfish got their name from their enlarged dorsal fins which resemble a sail. They have a silvery white underbelly, dark blue top, while the rest is brown-blue in color. Sailfish are long and could measure up to 10 feet and weigh up to 200 lb. Typically are considered as highly prized game fish and are known not only for their incredible jump but also for their fast speed bursts of up to 70 mph.

Popular bait options are cigar minnows, Spanish sardines, ballyhoo, goggle eyes, blue runners, and pilchards. Bear in mind that the bait should be alive and can swim freely to be able to lure in the sailfish.

We suggest colorful kites are used to keep the bait on the surface of the water. These kites are mounted on rods. Most boats fly at least two kites at a time, on both sides of the boat. The type of kite used depends on the wind speed.

The live bait and a hook are attached to the line connected to the kite. When the kite is launched, the bait swims around and makes splashes that attract the sailfish. What is exciting about kite fishing is that the bait is kept on the surface so that you can easily see the moment the sailfish strikes the bait.