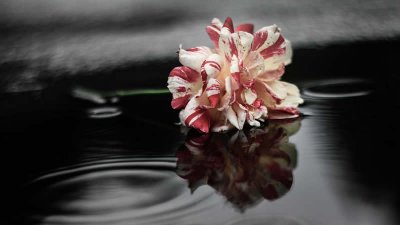 The desire to spread or scatter the ashes of a loved one in a special place is an ever increasingly popular choice.  It is a dignified and simple alternative to the conventional funeral and iOutdoor can help you make arrangements with a captain and vessel to provide this service.  A funeral at sea is a time-honored tradition.  It is less costly than a conventional funeral and in many ways is much more refined. We provide for a private charter to take up to 6 attendees out for the scattering in most major ports in Florida. If you are unable to go out to sea, one of our captains will take the cremated remains offshore and scatter the ashes for you.  Unattended we provide a respectful, dignified sea scattering service locally in most major ports in Florida.  Call iOutdoor and for availability and costs.

Burial at Sea–Rules and Regulations.

Ocean Scattering…  As no special permitting is required for this in Florida, you may also do the scattering yourself.  There are certain requirements as set forth below for all ocean remains scattering. This is the actual Environmental Protection Agency rule on the burial of human remains at sea.

From The Code of Federal Regulations

(1) Except as herein otherwise provided, human remains shall be prepared for burial at sea and shall be buried in accordance with accepted practices and requirements as may be deemed appropriate and desirable by the United States Navy, United States Coast Guard, or civil authority charged with the responsibility for making such arrangements;

(2) Burial at sea of human remains which are not cremated shall take place no closer than 3 nautical miles from land and in water no less than one hundred fathoms (six hundred feet) deep and in no less than three hundred fathoms (eighteen hundred feet) from (i) 27 deg.30’00” to 31 deg.00’00” North Latitude off St. Augustine and Cape Canaveral, Florida; (ii) 82 deg.20’00” to 84 deg.00’00” West Longitude off Dry Tortugas, Florida; and (iii) 87 deg.15’00” to 89 deg.50’00” West Longitude off the Mississippi River Delta, Louisiana, to Pensacola, Florida. All necessary measures shall be taken to ensure that the remains sink to the bottom rapidly and permanently; and

(3) Cremated remains shall be buried in or on ocean waters without regard to the depth limitations specified in paragraph (a)(2) of this section provided that such burial shall take place no closer than 3 nautical miles from land.

(b) For purposes of this section and Secs. 229.2 and 229.3, land means that portion of the baseline from which the territorial sea is measured, as provided for in the Convention on the Territorial Sea and the Contiguous Zone, which is in closest proximity to the proposed disposal site.

(c) Flowers and wreaths consisting of materials that are readily decomposable in the marine environment may be disposed of under the general permit set forth in this section at the site at which disposal of human remains is authorized.

(d) All burials conducted under this general permit shall be reported within 30 days to the Regional Administrator of the Region from which the vessel carrying the remains departed.

The following  Notice to EPA is required to be filed within 30 days.

All burials conducted shall be reported within 30 days to the EPA Region in writing. The following information should be included and mailed or faxed to the appropriate Region. You can copy the information below or complete and print the Region 4 burial at sea form (PDF)