Cleaning your offshore catch! The proper technique and tools.

Cleaning your offshore catch! The proper technique and tools. 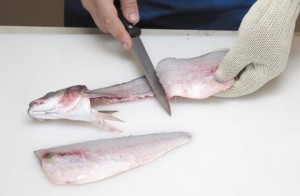 Filleting a fish is a task that many anglers detest because it is “difficult”. Indeed, filleting a fish could be difficult but it wouldn’t be so with a few tricks. If it is your first time to fillet a fish, use a sharp fillet knife – that is the secret of easy fish filleting. Compare to other methods of cutting, filleting requires only minimum force and pressure because the idea is only to let the knife slice through the meat. A sharp knife then would make this task easier as it would be effortless to guide and manipulate.

With your cutting board and fillet knife ready, here are your steps to how to fillet a fish.

If your first try at filleting a fish was not as easy and impressive and you would have wanted, remember to practice some more since it is a skill that improves with time. Also, before you try anything too big, try to start first with a small fish since smaller goals are easier to achieve.