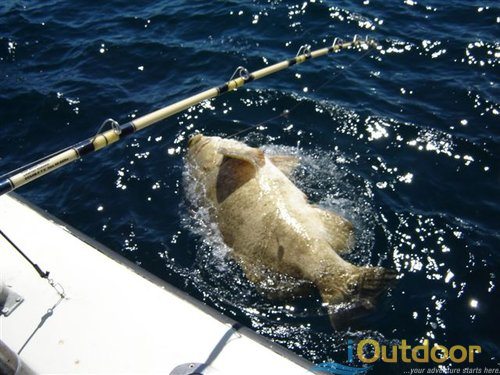 The Feb. 1 through March 31 closure that would have affected several species of grouper in Gulf state waters has been removed and will not occur as it has in previous years.

This closure was removed at the September 2013 meeting of the Florida Fish and Wildlife Conservation Commission.
A similar closure was also removed in federal waters shoreward of the 20-fathom line, or about 120 feet (excluding waters off Monroe County). To learn more about the federal closure, visit the NOAA Fisheries Southeast Regional Office at Sero.NMFS.NOAA.gov and click on “Fisheries,” “Gulf Fisheries,” “Reef Fish” and “Gag and Shallow-water Grouper Framework – Recreational Season.”

The closure would have applied to the following species: black, red, yellowfin, scamp, yellowmouth, rock hind, and red hind.
The closure did not apply to gag grouper, which has its own season and opens April 1 through June 30 in state waters off Franklin, Wakulla, Taylor, and Jefferson counties; and from July 1 through Dec. 3 in all other state waters of the Gulf (excluding Monroe County, which is managed under the Atlantic season).