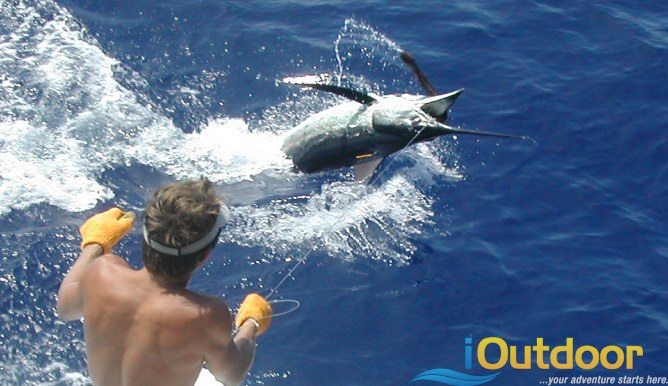 Lots of small 11- to 15-inch Flounder are being caught from the Bells, Amelia and Nassau rivers, according to Sally Johnson of Amelia Island Bait & Tackle. Jigs tipped with mud minnows, small menhaden or mini-mullet work well.

Excellent flounder fishing also is reported at St. Augustine by Don Edwards of Avid Angler. Flounder to 8 pounds have been weighed recently, and a kayaker trolling a grub jig near the Vilano Beach Bridge collected a 7-pounder. The inlet jetty rocks at St Augustine are giving up flat fish during slack tides. Along the Intracoastal Waterway, falling tides are good, especially at creek mouths.

Anglers looking to catch hard-fighting and good-eating hybrid striped bass should head to the spring creeks feeding the St. Johns River south of Lake George, according to Capt Steve of CFLFishing near Lake Woodruff. Rawlings says surface-schooling hybrids to 2 pounds are feeding on shad and shiners in open water near the mouths of Alexander Spring Run and Get-Out Creek. Best action is dawn for anglers using small lipless crankbaits and grub jigs, with 20-fish hybrid limits possible.

Largemouth bass fishing also has been good in upper part of the St. Johns River, with fish to 4 pounds surface schooling and taking top-water plugs, swim baits and spinner-baits. The main river channel has been good near creek mouths, and around marker 20.

Bass also are surface schooling at dawn on Lake Woodruff’s north and south shores. Bluegills are being caught on cricket baits for anglers working shoreline vegetation and tree-top brush in the North Dead River and in Harry’s Creek, which connects Woodruff to the St. Johns near Tick Island Mud Lake.

Unseasonably good crappie fishing is being had in the North Dead River by anglers vertical jigging in 6 to 10 feet of water near vegetation edges. Fish are suspended, and crappies to 2 pounds have been caught.

Farther north in the St. Johns River, good dawn and dusk bass action for schooling-size largemouths to 5 pounds is reported in the Tocoi and Bostwick areas near points and ledge drop-offs close to deep channels where there’s a current.

The St. Johns south of the Buckman Bridge reportedly is increasing in salinity. Croakers to 14 inches and keeper weakfish (yellowmouth trout) are being caught from channel marker sandbars (especially marker 18) and other river structures such as humps and holes. Use dead shrimp or cut fish flesh on the bottom.

Algae blooms have not been reported in the St. Johns recently, and bream fishing has been fair to good in coves, creeks and back bays from the I-295 (Buckman) bridge to Welaka.

Mullet fishing has been good at the northeast corner of the Shands Bridge over the St. Johns, though not as good for big mullet as this time last year, according to Rick Hamilton of R&J Tackle Shop in Green Cove Springs.

Local Captains report inshore beach trolling with live baits in 22 to 36 feet of water, and near-shore reefs and wrecks, have been productive for Kingfish, some little tunny, an occasional Cobia, big Jack Crevalle and lots of barracuda (which are nipping hooked kingfish). Near-shore waters also are loaded with heavyweight sharks.

Also have been getting fair to good numbers of big Redfish at the St. Johns River inlet jetties near Mayport. He recommends using live-and-frisky menhaden baits cast tight to rocks rigged to 3/8 to 1/2 ounce jigs or with sliding-sinker knocker rigs.

Farther north, off Fernandina Inlet and Nassau Sound, Kingfish are in good supply near wrecks and reefs 10 to 15 miles out, but there are lots of barracuda.

Bull Redfish are holding near the St. Marys Inlet jetties, but dark water and lots of debris are there from last weekend’s heavy rain. Tarpon to 125 pounds are showing in good numbers near the inlet rips and tide lines off St. Marys.

Whiting and legal black drum are in the surf at the north and south ends of Amelia Island with incoming tides best for anglers soaking dead shrimp baits in beach sloughs.

Anglers using shrimp are getting drum and some whiting during incoming tides at the George Crady Nassau Sound (A1A) Bridge.

Area Captains recommend anglers begin fishing well before dawn, because the best action is pretty much done by 10 a.m. He’s been leading anglers to good mixed-bag catches of sea trout to 22 inches and slot redfish in the backwater labyrinth of creeks off the north side of the St. Johns northeast of Jacksonville. He’s also catching bull reds to nearly 40 pounds soaking quarter crabs along the St. Johns River channel near Dames Point.

Jacksonville Beach Pier angler Spencer Brogden reports trout, redfish and flounder are taking mullet and shrimp baits during incoming tides at dawn and dusk. Some tarpon and kingfish are available at the pier end.

Capt. Leon Dana says that his clients are catching slot Redfish at dawn and dusk in the ICW south of Palm Valley. Live shrimp worked with a jig head or live mullet with popping corks are productive.

At St Augustine, slot and over-slot Redfish and black drum weighing 5 to 10 pounds are being caught around bridges in the downtown area. Some anglers are having good success with dawn trout to 22 inches working grass edges and creek mouths with top-water plugs, especially the new MirrOlure popper.

Offshore, St. Augustine anglers are getting Kingfish to 40 pounds and tarpon to over 100 pounds chumming just out from surf breakers. Offshore Kingfish are 10 to 15 pounds, with near-shore reefs like Nine Mile holding plenty of mackerel and bait schools, with some cobia to 20 pounds.

Mangrove (gray) snapper to 10 pounds are being caught in good numbers from ledges and live bottom regions starting in 120 feet of water.

Whiting and weakfish are in the surf, Sharks are massed around shrimp trawlers.