OFFSHORE TROLLING OUT OF PORT CANAVERAL

Great weather for fishing. West winds are starting to stack up some weeds offshore, and they proved to be somewhat fishy this trip. NE of the weather buoy some tightly scattered weeds proved to be just what the icebox needed. We started around the perimeter first, and the results came slowly, but good. First fish in was a 15lb Mahi. Like the last few weeks of fishing, these anglers had never caught a “Dolphin”, and made it the target species of the trip. No company with this catch, so lines back to work.

Client David Bunch and his friend were traveling from Oklahoma to adventure out on a Cape Canaveral Offshore Fishing Charter with iOutdoor. They were in-store for an amazing day of fishing with great fish in the boat. You never know what to expect when Port Canaveral Offshore Trolling! 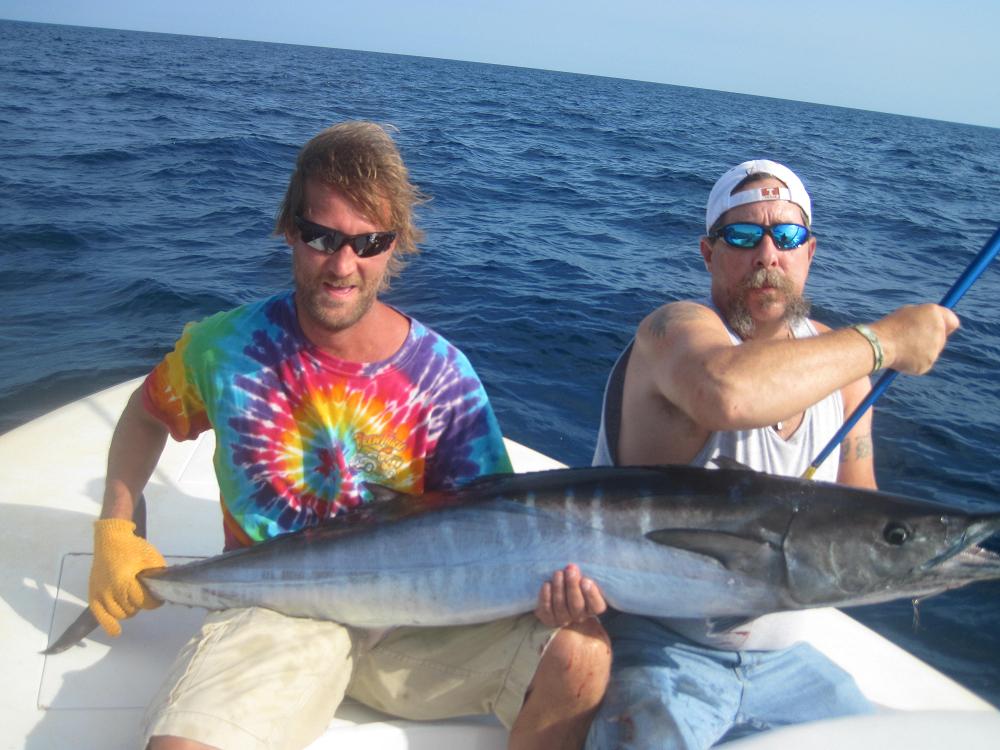 Another half hour and the line goes off again. It did not seem too big till the angler put some bend in the rod, then a couple of hundred yards of line peeled. This fish was not a jumper, but still, we waited till we saw the colors to know what we had. It took a while with our Dolphin rigs to finally work it to the boat, but the Blue stripes was a very welcome sight. Wahoo in the boat. This 50lb fish made the day for these guys, and we still had time to fish.

Another pass around the area with no results, so we decided to cut through the weed field. A little time passed, and a lot of cleaning fouled lines of weed, but another hookup. Another Mahi-Mahi was on the line, dragging weeds with it. As we got it near the boat we saw it had company. The second fish did not take the other lines, so a pitch rod went to work. It looked, it followed, but nada. Other offerings were put in front of it but it turned its nose up at all we offered and eventually made its way off. We sent
lines back out, working the weed field some more with no more action while Port Canaveral Offshore Trolling. 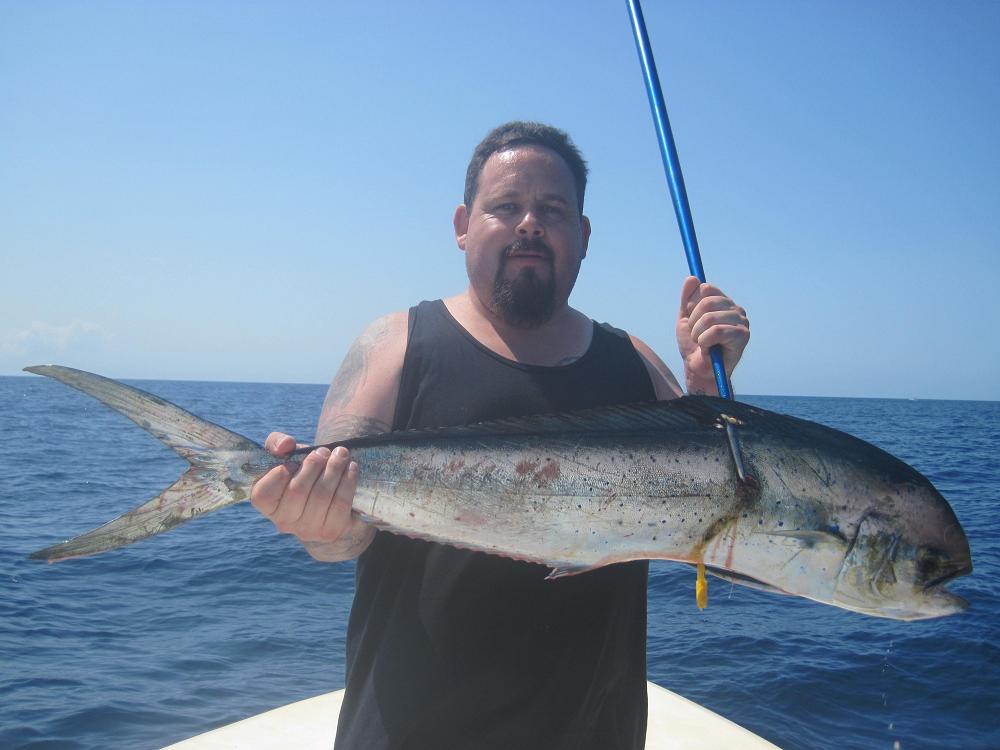 Finally, we headed to 8A to see if we could pick up a King or two to make a Slam. One line down, another out the back, and into slow gear we went. 20 minutes into the run, the downrigger released, and drag went out. This fish came to the surface and went airborne. A nice 20 lb bull Mahi was on the line. We worked it to the boat, and about a foot short of gaff range it decided it no longer wanted to play the game and unhooked itself. Big smiles were on the anglers faces despite the loss of this fish. With lobster red sunburnt skin, they were ready to return to port and clean fish.