Grilling and fish don’t mix well in a lot of people’s minds, and a lot of that perception comes from catastrophic failures they faced while trying to cook on a BBQ or similar and then never going back. However, grilling fish isn’t just a traditional way, it’s also a darn spectacular way of bringing great taste out of cooked fish as well.

The trick is understanding both how to prepare the grill as well as the fish for the cooking process. If done right, folks can have some pretty wonderful dishes they can be proud of just about every night the BBQ is working. Further, it’s a cleaner and healthier way of cooking, which is better for one’s digestion as well.

Getting Over the Fear of Cooking

Common problems with hot grills and fish tend to be how fast fish meat cooks, how it sticks to the grill and falls apart easily as compared to other meats, and how it’s such a pain to remove from the grill in one piece without burning it. Granted, these are all realities of sleazy fish grilling, but there are some really easy ways to avoid these problems too.

The first step involves picking the right type of fish for the grill; any fish won’t work. The best fish choices include the types that tend to be more durable under flame and heat and don’t fall apart in a moment. Salmon, Red Snapper, Tuna, Sea Bass, Mahi Mahi, Grouper, and Halibut are the ones you need to get. You can buy them from market or catch them fresh with fishing trips. Note that white fish will need to be cooked slightly longer on each side than a redfish like Salmon, about two minutes’ worth.

The second step is the grill prep. The BBQ or grill needs to be preheated first. Folks should not start fish cooking cold as it will cause the meat to sink into the grills creating more problems. The next step is to oil the grill and tools. Simply dab a grill brush or paper towel with cooking oil and swab it over the grill with tongs.

Make sure the grill is glossy and dark, usually taking somewhere between 5 to 10 applications on average. Remember, the point is to coat the grill so the fish doesn’t stick if it’s going to be directly applied. It is not such a big deal if the fish is cooked in a wrap, like an aluminum foil, for example.

In terms of heating, there should not be a singular hot spot. Even heating is the key, so your burners should be evenly lit. If coals are being used, they should heat until reaching gray ash level and then be spread across the grill floor for even heat production across the entire grill. Once the heat is medium (i.e., you can keep your hand a half foot above the grill for 5 seconds), then it’s ready.

The grill should always remain covered when not handling the food. Temperature-wise, the grill should also not be flaming hot. The goal is to get the fillet to reach 125 degrees to 140 degrees internally. So, an instant thermometer in the apron pocket is a must so that you can test the fillet’s internal heat properly while on the grill. 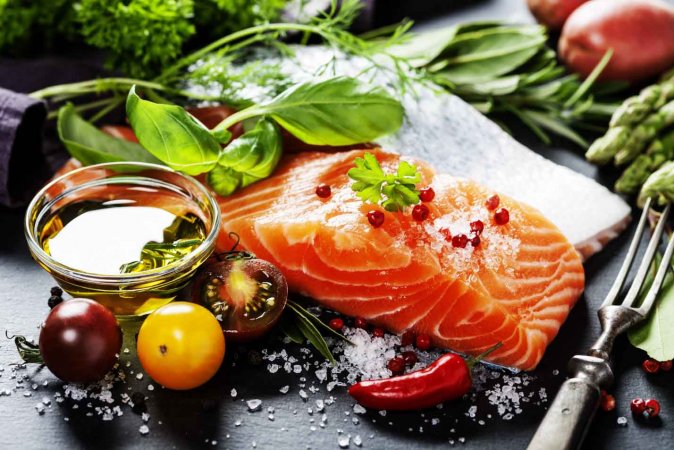 If applying the fish bare, grease both sides of the fish with cooking oil and your choice of seasoning. Transport the fish in a tray and then move them with a flat spatula. Lay them flat over the grill and cook each side six to eight minutes.

When it is time to flip, carefully move the spatula under the entire fish as much as possible and then change in one motion. A finished fillet should be opaque entirely, with no clear spots or translucent flesh. If it still needs more, flip to the side that needs more heat and cook further.

At the finish, use the spatula again to remove the fish onto a baking sheet or flat dish and then serve the meal immediately. Fish should be sitting around exposed without cooking heat or on a warmer; it’s a high risk for big food illness problems in a very short amount of time but very preventable. If folks aren’t quite ready, lower the grill heat instead.

An alternative cooking method avoids direct contact altogether and still gets the “grilled” cooking benefit. Wrapping the fish fillet in aluminum foil helps keep the fish intact while cooking it thoroughly. It’s far easier to handle on the grill, and the approach can retain spices and seasoning far better. All the steps are the same in terms of preheating, but you’ll need less oil to grill with this approach. The cooking can take about 10 minutes, and the steam effect will cook the fish thoroughly with the moisture trapped inside the foil.

Now that you have a good idea how to grill your first fish, what’s for dinner tonight?