Time to Catch Some TUNA!

Time to Catch Some TUNA!

Tunas are among the most sought-after catches in the fishing world. The right fishing gear and equipment and skills of the angler, however, will not necessarily guarantee a trophy-worthy catch. Remember that information is still key to catching tuna, thus, it is important for you to know some tuna facts including the best time of the year to catch them.

Although tunas can be caught year-round, there are certain months of the year in which they are most abundant. The best time for fishing large tuna is during the summer months of June, July and August. Tuna fishing can also be productive during the months of September, October, and November, although not as bountiful. 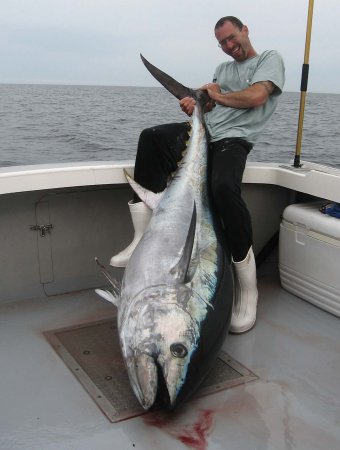 This fish usually bites better in low lighting conditions, especially if they are hunting on the surface. Late afternoon is the optimum time to go after this large predatory fish. In addition, if you’re planning on catching schools of tuna, you better do it when the sun is low in the sky.

Remember though that knowing more about the best time of the year in which to fish for tuna is not enough. There is still more information you should learn to maximize your tuna fishing expedition.

Here are some tuna fishing tips: First, you should have good quality bait in order to easily lure the fish. Rig your bait well so that it behaves properly in the water. Second, you should be at least 10 miles away from shore. Third, you should learn to track a large group of sea birds because this is a strong indication that tunas are present.

Also, be informed that some of the best tuna fishing in the western hemisphere are done in Stellwagen Bank and Cape Cod Bay as these areas have been a center for fishing giant bluefins for more than 30 years.