Hunt Deer with the Right Calibers

Hunt Deer with the Right Calibers

There are many aspects to consider when speculating what caliber rifle is best to use to hunt deer. This topic alone has sparked many debates from experienced hunters. The answer is that there isn’t one best caliber rifle for deer hunting. There are many to choose from, depending on several factors such as which rifle is comfortable for the hunter. Also, the terrain the hunter will be hunting in, and the kind of deer to be hunted.

Deer hunting in Florida can differ from other states. Because its hunting terrain is thick, making visibility for the hunters limited. For short distance averaging 30-40 yards or even as far away as 150 yards. There are hunters that prefer a heavy, slow bullet in a light, agile carbine. If the deer is across some distance such as 200 yards away. Most hunters prefer using a 30-06 or other long-range rifles. This is because the bullet travels at a much higher speed and velocity despite the bullet’s diameter and weight. Other small diameters, high-velocity bullets including 30-06, 308, 243, 7mm, 300 Win Mag, and others are considered efficient for the task of penetration when it comes to long-range deer hunting. 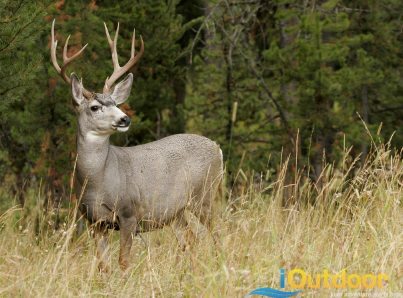 What is the Best Caliber?

Ideally, the best caliber for deer hunting in Florida or in any other state is one that delivers enough force to knock the deer off its feet, yet something that doesn’t damage a lot of meat. So, if the scenario is a hunting ground that is densely packed with underbrush. A short, fast-handling rifle, maybe a semiautomatic or other fast-action gun, is recommended. If the scenario for hunting is that of being in the wide open with expectations for long-range shots, the preferred rifle to use is a high-velocity rifle and for maximum performance, the rifle should be topped with a scope.

Whichever gun a hunter may choose, hunt deer with the Right caliber. It is important to know the target and even what’s beyond it. Hunters should keep in mind not to rush but not to dally either. It is also imperative that the hunter practice with his or her chosen firearm because the more familiar the hunter is with the gun, the more it will help the hunter make the kill.