The two men launched the long flatboat at the shallow ramp on the north end of the lake. As they loaded the gear the Marine watched as he always did the way things were done. He took pride in the training he had received and he wore it as a yardstick on his sleeve to measure against the way the world did things. Both men were children of the outdoors, they wore knee-high rubber boots, shorts, long sleeves, and wide-brimmed hats and they were both paying back a debt they owed to the sun and wind.

You could see it in their faces, the Marine looked older than the tall one, his debt was greater- it was a debt created by years of disregard for his body. Years of pursuing fish and fowl and the bottle and the fairer sex and that was truly a case mistaken identity that both men were guilty of making.

The tall one was navigating and they shoved off as the one lung kicker sputtered to life. The seat of the pants is all he could go on, the directions he received to their destination were marked by small reedy bays and even smaller openings in the tall brown giant grasses that lead to the backwater creeks. That twisted and turned until they would reach a large flooded cow pasture that doubled as some of the best snipe hunting habitat that Florida could provide, but first they had to find it.

The Trip from Haven Above

This was his trip – HE was taking the Marine somewhere, he was guiding and he was the one providing the sport and the fun. He was happy the Marine was with him and that it was just the two of them. He felt he had a debt with the Marine who shared so much of himself with him. He was worried about the Marine, he had a lot to chew on, the death of his father, the generally idiotic way the world behaved that irritated him. So, and the damned predatory behavior of those fucking bitches that he had let into his life. But the tall one could not fix all that but he could be a friend and that is what they were. 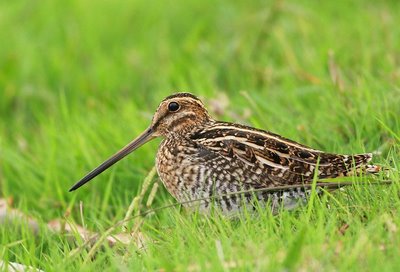 Finally, after a run wide open a little outside the shoreline of the lake, what seemed to be the correct bay appeared off to their right and the tall one swung the bow of the boat. In, it was not big as bays go- more like an indent in the heavily grassed water line, it was not a shoreline but very shallow marsh water. He followed this around a short distance until an opening appeared that showed the way to a canal made almost like a tunnel by the 10 and 12-foot high reeds crowding in on either side.

They idled along with gliding beneath the brown canopy with only the slightest gimps of blue sky above, the nose of the long flat boat broke out into a wide canal 20 feet across that ran north and south. The northern route lead to their destination, the tall one swung the nose left to the north and they made their way throttle wide open over the glassy surface. Which was occasionally broken when a large gar or turtle or most likely an alligator scuttle beneath the surface out of their way.

The Anticipation was Growing

It was exhilarating, moving along this water track at speed, the sun in their faces with the wind pushing gently against them. There is a lightness that overcomes you when moving over water the way they were. The green and browns of the shoreline passing by so close, your face just a few feet above the water and almost eye level with the shoreline. Watching the animal life retreating as they approached, this simple feeling of euphoria, of gliding past the world as a grand spectator was what it was all about, and it was free.

Soon they could see a change in the water depth ahead and a headwall of shoreline that cut off the canal. The water track picked up and continued on to their left but first, they would have to portage over a small sand bar barely visible under the surface. The tall one decreased the throttle just as the skiff pushed up on the bar, their wake heaving the boat up to another foot or more.

The Marine went over the side at the bow, without being asked, grumbling under his breath, “Danny, you didn’t say anything about having to carry the boat.” He said in mock horror without looking back. “Don it’s only a short way and I know we won’t have to pick it up. I’ve done it a bunch of times, it’s the only way to get in if ya don’t have an airboat.”  They both bent down and grabbed a rail, the bar was made of tight white sand and felt firm under their feet.

The Light at the End of the Tunnel

The Marine struggled with his right arm, it worked alright, well sort of alright, he had been in a fight, one of many and this one was with an 800-pound motorcycle that had fallen over on him. He wasn’t going to leave it lying there like that and he figured since he had put it there he ought to be the one to pick it up, the result was a grizzled bicep that bulged from the very top of his right arm. It was detached from the bottom and would not allow him to extend his arm fully, but there was plenty of power there it just looked funny when he used it.

But it didn’t bother the Marine, there were too many other things to worry about, after all, he did have another one and this arm could still hold the mellow brown liquid he loved so much with just a touch of lime the way he liked it over ice, it was a good arm after all.